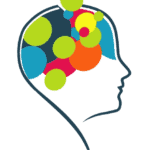 Just a few of the amazing breakthroughs we’ve gotten our clients: At 5 years, my son was almost non-verbal, and diagnosed by Stanford as being on the Autistic spectrum, and rated 9/10 on the ADHD scale. No private school would take him.
A Doctor at the CHADD conference recommend Dr. Abbey to us, and when he did a brain map, it turned out our son had Auditory Processing disorder. A tutor had almost given up on him being able to learn reading through phonics. Just a few Neurofeedback sessions later, my son started blending sounds, and started reading very soon. Almost a year of Neurofeedback sessions later, my son’s hyperactivity had almost ceased. He could play and work at school without disrupting the class, and is doing so much better than I could have hoped. Both sets of Grandparents were amazed by the transformation. Dr. Abbey and Rachael Little are our saviors. My daughter also went through the same treatment and we saw great results. The people at the Abbey Clinic are like our family.

Neurofeedback at Abbey Neuropsychology Clinic has been life changing for my family.

I have been shocked and delighted by the amazing progress my 6 year old son has made. My son had a mix of autistic, obsessive compulsive, defiant, hyperactive and inattentive symptoms that have melted away after neurofeedback. Thanks to neurofeedback at Abbey Neuropsychology we are on a wildly different developmental trajectory, as he now seems like a slightly intense but typical child, with a much greater capacity to connect to people, shift gears, process information and control his impulses. It has made life for our family so much easier and so much more rewarding, as I feel like his lovely essence is shining through more and more without as many of the challenges that made life hard for him and us.  Every child who has challenges should be able to get neurofeedback! Rachael, who coordinates the neurofeedback is wonderful, and so knowledgeable and up on the best practices and current developments, and uses equipment and techniques that get results more quickly and fully than other kinds of neurofeedback. I have also now done neurofeedback for myself…after years of therapy and personal growth, I just couldn’t kick some anxious tendencies, and now, I find I’m in so much better shape than I’ve ever been in my life. And my husband has also seen great benefits so far after just a few sessions. Now I’m referring all my friends! The technicians that we saw were wonderful as well. I highly recommend Abbey Neuropsychology clinic, and think you will be giving yourself or your family a gift of helping your brains function optimally. Dr. Abbey Designed a neurofeedback visual training for my son who has overall delays. Devin made exceptional progress as a 27 year old young adult.

In comparison to therapy he had has for years there was significant changes in social skils, verbal skills, attention and coordination. It was like taking steps in cognitive skills I thought he may never take. I would recommend this clinic to anyone who is working on life skills.

I strongly recommend this practice if you or your child need intervention for an attention or learning disorder. This is a well run clinic that focuses on the patient and leverages the staff and Dr. Abbey’s expertise. He is very knowledgeable and dedicated

Dr. Abbey and his colleagues are extremely passionate about their work and truly care about providing the highest quality services to their clients.

He is very knowledgeable and dedicated to providing comprehensive assessment services to children to enrich their lives. He provides treatments that are based upon current research and very effective for children.
I can’t recommend him more highly.

She’s compassionate, bright, and has a variety of tools

I am not easy to impress when it comes to practitioners. I have been through 20 years of Lyme and mold illness and seen hundreds (literally) of practitioners. Rachael Little at Abbey has been my practitioner for LENS neurofeedback, and I love working with her. She’s compassionate, bright, and has a variety of tools that she is well-versed in working with. I have been very pleased with my work with Rachael and appreciate the opportunity to work with her. I highly recommend her. I look forward to seeing Rachael each week

I think I originally ended up with Abbey because of their ADHD program, and I may still try that when I have more free time, but Rachael was who I met and quickly it became apparent to both of us that I had more pressing issues to work on.

One of the hardest moments in my life was when I realized that no one wanted to hear about my problems anymore. I tend to rant about my problems when I get upset, and over years I had burned my friends and family out. I started bottling things up, which only made everything worse. I find the biggest value of therapy to be less the 50 minutes I spend on the couch each week, and more the dozen times elsewhere that I have a thought or feeling that scares or upsets me. Previously, I had to then decide if I would talk to someone and risk upsetting them or to force my emotions back down and hope they didn’t come back up. Now, I can tell myself “It’s ok. Put this aside for now and tell Rachael next week. She will help you”. And then she does.  The best thing I can say about Rachael is that I truly believe she cares about me. As a patient and as a fellow human. Maybe this should be standard for every therapist, but if that were the case I wouldn’t have gone through so many in my life and we wouldn’t need Yelp. I look forward to seeing Rachael each week, less because I expect her to have all the answers, but more because I know I’ll be able to say what I need to say, be heard, and be listened to. She’s just a really nice person and a really good therapist. I do hope if you’re reading this, that you decide to get help. I had already decided to forgo therapy a day after I messaged her, only for her to spend 15 minutes on the phone with me. She didn’t try to up-sell me on anything or force me to show up. She just wanted to know how I was doing. And now I’m doing better.

I am a private psychologist who has referred many patients to Dr. Abbey’s clinic for both assessment and treatment.

Dr. Abbey and his staff members have all been extremely helpful and both my patients and their families have reported effective treatment and positive experiences. The assessments and treatment offered by this clinic are complex and the fees charged reflect that complexity.

However, having compared the rates of this clinic to others that offer similar services, I have found, if anything, that this clinic is at the lower end of the cost spectrum.
Dr. Abbey emphasizes personal attention to each of the clinic’s patients seeking to fully understand all of the issues presented and finding the most effective course of treatment.